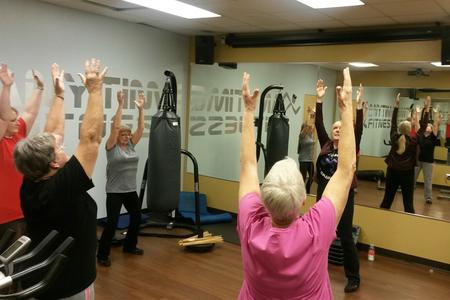 Studies done on some of Tai Chi’s potential perks:

Improving overall wellbeing. Both Harvard and the Mayo clinic agree that Tai Chi and Chi Gong promote overall well being.

A series of fluid movements categorized as an Internal martial arts style.  Develops muscle strength, flexibility, cardiovascular fitness, endurance and internal organ health through cultivation of qi, (pronounced chee) regulating the smooth flow of chi to promote well being and health.   Call (541) 663-4210 for information on group classes and individual training.

A Chinese martial art whose system of physical exercises is often practiced as a way of meditating or improving well-being. Call (541) 663-4210  for information on group classes and individual training.

Tai Chi and Qigong (pronounced chee kung) are mind-body practices that originated in ancient China. Practiced widely in China for thousands of years, both have become popular in the West. These practices are a series of standing, squatting and fluid martial arts movements that people of almost any age or condition can participate in.  Many people who practice Tai Chi and Chi Kung report heightened feelings of well-being along with a variety of other health benefits Including: